The ecological vision of a proliferation of things and their inter-relationships, maps perfectly onto a certain ideal of democracy as was sung by the American bard, Walt Whitman. There is great revolutionary potential in this vision of endless flux and uncontrollable growth, but it is also the world of liberal capitalism – one which, by definition, is not always acceptable. For artists of course, the potential to connect and form relationships is always hugely attractive, because it is a source of creativity. But what about saying no? What if you live in ethical circumstances whereby you can’t just go and celebrate everything that exists? What if sometimes you actually need to cut the connections and see democracy itself as a limiting regime? We might contrast the vitalist, ecosophical, democratic vision of Whitman with the much more defiant vision, equally inspired by nature, of the anarchist Henry David Thoreau – and ask ourselves what he might have to say in relation to our era, in which trans-national capitalist instabilities rule a ‘democratic’ world in an almost totalitarian manner.

Samuel Vriezen is a composer, pianist and writer. Much of his work investigates how different types of time operate in relation to one another and the space for action generated by such mixtures. In his texts, voices and meanings are mixed in highly structured forms, and in his music, actions and layers of metre and rhythm interfere with one another to form complex temporalities. He has collaborated with ensembles and musicians all over the world, and published two books of poetry as well as many essays and poetry translations. Currently, Vriezen is working on a CD of conceptual piano music written by himself and by composer Tom Johnson, to be released on the German label, Wandelweiser, in the spring of 2013.

Future Calling: Being Human in a Networked Society

The rise of the network as a metaphor that explains our existence – individual and collective – has been meteoric. From being a society dealing with the information explosion, we have quickly evolved into talking about networked societies, living with the paradox of being simultaneously incessantly connected and increasingly individuated – of being ‘Alone Together’. Our ideas of who we are, where we are going, and how we are getting there have taken a new turn with the network that reduces and abstracts the whole of our life and living into mappable, understandable transactions within a multi-nodal ecology. This talk examines the network, especially the digital network, as a way by which we re-configure our pasts and imagine our futures, and questions the tenacity and value of this persistent explanatory framework. In the attempt, it focuses on the affects, emotions and values that slip through the porous borders of the networks, threatening to undermine the conditions of being human.

Nishant Shah is the co-founder and Director-Research at the Centre for Internet and Society Bangalore, India. He is a visiting fellow at the International Institute of Social Studies and a Knowledge Partner with Hivos, Den Haag, the Netherlands. He has worked as an information architect and Cybercultures consultant for MNCs like Yahoo! and Partecs, for NGOs such as CSCS, and Khoj, and for governments in Asia, advising them on building deliberative and participatory frameworks of community engagement. Nishant’s ongoing research is investigating the ways in which young people in the global South are changing the world we live in through their use of digital and networked technologies. He is co-editor and the leading researcher for a 4-volume collection titled ‘Digital AlterNatives with a Cause?’ and has recently initiated a dialogue that looks at Networks as Habits of Living.

John Frosst is a member and co-founder of the Canadian art collective, The Arbour Lake Sghool. The group began in a suburban house in Calgary, Alberta, Canada, using the home as a living space, studio and exhibition hall. Formed from a loose collection of artists, musicians and technicians, the group presents entertaining and critical reflections on suburban ecology. The Arbour Lake Sghool is currently working at the Kunstvlaai festival of independents, designing everyday and whimsical products with students from the British School and building them over the course of the festival. 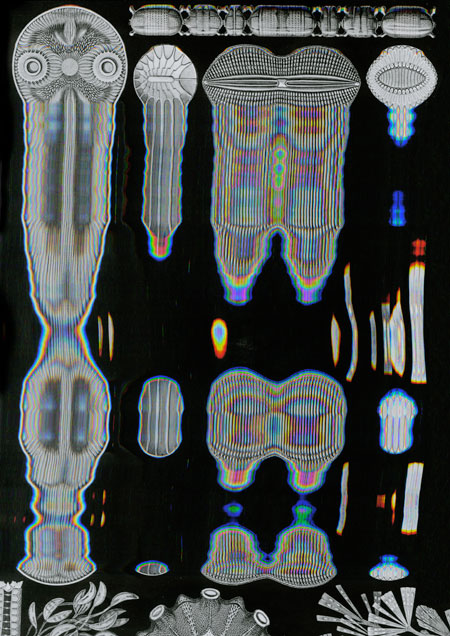