Bringing together research, art, and various approaches and concerns relating to ecology the invited guests will explore collectively what a poiesis of worlding could involve.What could be a process of reapprehending and reanimating worlds which our current systems of knowledge and understanding foreclose? And how do such foreclosures relate to some of the most pressing challenges of our time? The day’s journey will be split into two parts which will be sewn together by a collective hypnosis.

The intent is to depart from a lecture program by playing with predefined lecture protocols and opening a space for shared doing-thinking.

The program will resume with a collective hypnosis, after which an effort will be made to re-approach questions from the first part of the day in an altered state of awareness.

The ideal way to take part is to commit for the entire day and enter a process of reflection, feeling, and action, which experiments with breaking down separations between thought from its form, and content from its expression.

On the 15th of March a ship will be sailing along the lines of some thoughts that may be traveling and after which some notes may be undergoing some shallow to deep transformations.

Meanwhile everybody congratulating everyone on something happening possibly close possibly far. However agency redefining itself from one self to it self to no self arising and diminishing without an agent, as subject as subjectivity is not a good idea we will learn then as we have learned before.

Are animals poets? Of course, they are. Each of them is a perspective on a world, each of them creates a world, and each of them responds to the desire of the world to be created.

This perspective towards a de-anthropocentrization of thought and a multispecies co-evolution of intra-actions and interactions proposes to move away from the opposition between the human and the so-called ‘natural’ (the organic ‘other’ being part of that sphere – the slave, the non-citizen, the woman, the embryo, the ethnic other, the so-called ‘animal’, the so-called ‘vegetal’) so that it is possible to consider artistic practice as a process of compost-making, where the crafting of the artwork, through decomposing and symbiotic recomposing, as well as the experience/viewing of it, is both human and non human, or rather, composite.

Taking art as the shared capacity of letting things and beings to create their own meaning and expressing it, we follow a day of chained conversations on agencies of animals, the politics of worlding, the artist as “instaurateur”, hypnosis, instrumental mediations and social change.

Allowing intellectual suppositions to become internalized as sensations & feelings and for the internal view to be everted in its turn.

Apo-calypse, Apo-capitalism, Apo-straphe, a poem, a poetry of appearances and antagonisms and after words and after worlds and laughter all has the ecological become our…?

Carolyn Christov-Bakargiev; author, organiser of events and exhibitions, and researcher into the politics of aesthetics and artistic practices, Carolyn Christov-Bakargiev was Artistic Director of dOCUMENTA (13), which took place in Kassel, Germany, from June 9 – September 16, 2012 and is Menschel Professor in Art at The Cooper Union (2013). Previously, she was Chief Curator at the Castello di Rivoli Museum for Contemporary Art from 2002–08, and interim director for 2009. She was Senior Curator at P.S.1 Contemporary Art Center – a MoMA affiliate, New York, from 1999–2001.

Vinciane Despret, writer, philosopher and ethologist, teaches at the University of Liège and at the Free University of Brussels. Her first field work was in the Negev desert, in Israel, where she explored the possibility to make an “ethology of the ethologists ». Since then she works with animals, and with the humans who observe them, live with them or simply know them. She has been scientific curator of the exhibition « Bêtes et Hommes » held in Paris at the Grande Halle de la Villette in 2007- 2008. Her last book «Que diraient les animaux si… on leur posait de bonnes questions?» (What would animals say… if one would ask them the right questions?) will be translated in English in 2014.

Fernando García-Dory’s work engages specifically with issues affecting the current relation between culture-nature embodied within the contexts of landscape, the rural, desires and expectations related with identity aspects, crisis, utopy and social change. He studied Fine Arts and Rural Sociology, and is preparing his PhD on Art and Agro-ecology. Interested in the harmonic complexity of biological forms and processes, his work addresses connections and cooperation, from micro-organisms to social systems, and from traditional art languages such as drawing to collaborative agro-ecological projects, actions, and cooperatives.

Ayreen Anastas; “I am not as much as I would like, as far as I could, if I was not myself one. If I were one, for sure I would, and then something afterward will most likely happen. Thinking about it makes me feel the same, and why then should I write it. Thinking that repeating in language and a biography is something to avoid, habitually when and especially. Avoidance is a mode of silence. The space is shrinking je ne sais quoi no entries found yet still hoping and feeling she felt like she was giving a wide berth”.

Rene Gabri: “How much should he write to fulfill the task to fill in the blanks. I am a bit of a character a letter, a figure, a symbol, a sign, a mark, a line. How long? How long will it take for the world to know that ecology has more than seven characters, that economy is not wealth, in terms of production and consumption of goods and services. A possibility of something happening: join forces, combine, band together, ally, cooperate, collaborate, work together, pull together, team up, hitch up, hook up, twin.”

Marcos Lutyens is an interdisciplinary artist who uses cognitive techniques such as hypnosis and technology such as robotics and sensors to create art performances, sculptures & installations. His projects have been presented in exhibitions, workshops, and media-art festivals at dOCUMENTA (13), the Centre Pompidou, Paris, the Royal Academy of Arts, London, the Los Angeles County Museum of Art (all 2010), Artists Space, New York, the Kunstverein Amsterdam (both 2009), and Ars Electronica, Linz (2004). Currently he is preparing the book Mindbrowser: The Architectures of Mind. 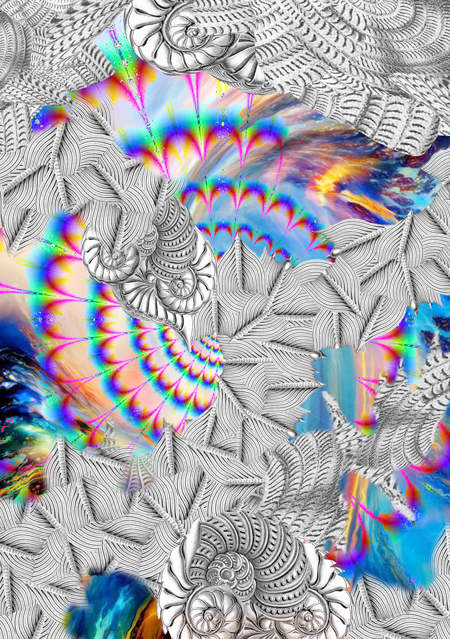