Special screenings as part of the Shadow Cabinets film programme: ‘I See An Infinite Distance Between Any Point And Another’, (2012), the Otolith Group; and ‘Shadow Sister’, (1977) Frank Heimans and courtesy of the Noonuccal Custodian of the Land Minjerribah Collection and the North Stradbroke Island Historical Museum.

The programme is subject to change.

During breaks a selection of archival images, maps and text excerpts will be presented.

There was a great slaughter of
rocks of spring leaves
of creeks
(from The Spring Flowers Own, Etel Adnan, 1990)

What if landforms are addressed as acculturated bodies, poetic substance, temporal agents and cartographic narratives?

‘Land’ remains one of the great unspokens of recent cultural criticism. Even as the circulations of contemporary art extended into diverse geographical regions over the past two decades, the criticism that sought to grasp this transformation has tended to emphasize transitory presence, diaspora and unfixed capital.

Modernity must be re-surveyed through the consideration of Land as a narrative subject of history. Active constructions of “rurality” went alongside the industrial revolutions, imperial networks and struggles of decolonization in the 19th and early 20th century. This launched an administrative violence that continues to unfold amidst current power conflicts between Land resources, Commerce and State apparatus.

Through the course of the day Rosalind Morris (anthropologist, Columbia University) will survey undergrounds and proletarian formations in South African gold mining histories (a research collaboration with William Kentridge). Etel Adnan will read poetry and converse on landscapes as memory compositions weaving color, seasons and political endurance. Paul Chaney will examine coal as a politically charged material through his research into the 19th century mining towns of Donetsk (Ukraine) and Most (Czech Republic).

In the afternoon Erick Beltrán will give a lecture-demonstration on his “Map of maps” and experiential geographies. Angela Melitopoulos will discuss her recent film Two Maps (in collaboration with Maurizio Lazzarato, 2012). This film constitutes part of the visual research project Life of Particles, looking into post-Fukushima Japan, animist traditions and Guattari’s trip to Okinawa.  An interactive performance lecture jukebox by Olof Olsson offers everything from the history of science (the invention of the modern combustion engine) to Olsson’s biography.

Conceived by curators Natasha Ginwala and Vivian Ziherl, Landings, a durational project at the intersections of land history, geomorphology, rurality and corporeality is initiated upon invitation of Witte de With Center for Contemporary Art (Rotterdam) and presented with partner organizations including Studium Generale Rietveld Academie (Amsterdam); the Tropenmuseum (Amsterdam); the Stedelijk Museum (Amsterdam); amongst others.

Etel Adnan was born in 1925 in Beirut and lives in Sausalito, Cal., and Paris. She studied literature at the Sorbonne, Paris, at Harvard University, Cambridge, Mass., and Berkeley University. In 1984, she worked with Robert Wilson on his opera CIVILwarS and has exhibited internationally. Her recent publications include Master of the Eclipse (2009), Seasons (2008), In the Heart of the Heart of Another Country (2005), In/somnia (2002), and Sea and Fog (2012).

Erick Beltrán (Mexico City, 1974) analyzes and reflects on discourse constructions and transhistorical knowledge formats. He investigates the power that the different graphic means exert in their information distribution, as well as explicit treatment on different conducts and values. He works with diverse formats such as the multiple or the book, installation and lecture-performance. Through these mediums he experiments with the link between public art and the various graphic languages. The archive, the museum and the library are tools and natural means in this investigation process. Recent work has been exhibited at MACBA (Barcelona), Qalandia International (Palestine), Taipei Biennial 2012 (Taipei), CCA Wattis Institute for Contemporary Arts (San Francisco), The Tropenmuseum (Amsterdam), Museo Tamayo (Mexico City), Manifesta 8 (Murcia),  among others. Beltrán lives and works in Barcelona and Mexico City.

Paul Chaney is an artist based in the U.K. Between 2004 and 2012 he led FIELDCLUB – a two Hectare micro-farm where subsistence farming, low-carbon living and ‘dark ecology’ were investigated through interdisciplinary artistic research. FIELDCLUB presented work at The Serpentine Gallery’s Garden Marathon, TATE, and at institutions across Europe. In 2009/10 he worked with Urbanomic – publisher of the infamous philosophy journal COLLAPSE, during which time he co-authored guided tours exploring 19th century mining territories in Cornwall U.K, revealing a theory of geo-cosmic trauma in the landscape. More recently, he has been carrying out his own research and art practice in the Czech Republic and Ukraine investigating paradigms of industrial growth and the agency of geological materials under the conditions of Soviet imperialism.

Angela Melitopoulos, artist in the time-based arts, realizes video-essays, video installations, documentaries and sound pieces and since 1985. Within her research projects she curates exhibitions and symposiums. Her videos focus of duration and time-structures, on mnemonic micro-processes in electronic/digital media and documentation. She is collaborating in political networks in Europe and publishes theoretical articles on her artwork and on mnemopolitics. Many projects deal with migration, mobility, collective memory in relation to geography and media representation and archives. In her experimental approach new formats result in multi-screen works or performance based, expanded cinema formats. She studied fine Arts with Nam June Paik. Her work was awarded and shown in many international festivals, exhibitions and museums (Generali Foundation Vienna, Berlinale, Haus der Kulturen der Welt, Antonin Tapies Foundation Barcelona, KW Institute for Contemporary Art Berlin, Manifesta 7, Centre Georges Pompidou Paris, Whitney Museum New York, among others). She is teaching as visiting professor in various art academies and cultural institution in Europe.

Rosalind Morris is Professor of Anthropology at Columbia University in New York, a Fellow of the Stellenbosch Institute for Advanced Study (STIAS), South Africa, and Senior Fellow at the Internationales Kolleg für Kulturtechnikforschung und Medienphilosophie (IKKM), Bauhaus-Universität, Weimar, Germany. Her earlier scholarship focused on the history of modernity in Southeast Asia and the place of the mass media in its development, particularly in the encounter between old and new forms of mediation. Since 1996, she has undertaken research and collaborated with artists in South Africa, particularly on issues related to life in the gold mining region of the Far West Rand. She is the author of numerous books and articles, and is currently completing a book based on her South African research entitled: ‘Unstable Ground.’ Also a filmmaker, poet and librettist, Professor Morris’s scholarly work is rooted in research that crosses the disciplines of anthropology, philosophy, literary criticism and media studies.

Olof Olsson makes spoken performances, like lectures, speeches, comedy, talk-shows, and question-and-answer sessions. Or, rather, something in-between, or not quite. Olof is the product of the emerging 1960s charter tourism industry, his Dutch mother and Swedish father met in Mallorca. In his youth Olof made experiments in journalism, photography, and as a radio dj. Having studied languages, philosophy, and translation theory, Olof finally ended up in art school. After 15 years of attempts in ‘conceptual’ art, Olof started performing in 2007.

Natasha Ginwala is an independent curator, researcher and writer. She is part of the artistic team of the 8th Berlin Biennale for Contemporary Art (2014). She has pursued post-graduate studies at The School of Arts & Aesthetics (JNU), New Delhi and participated in de Appel Curatorial Programme, Amsterdam. Recent projects include “Landings”—a research project that seeks cross-over readings of land history, geomorphology, rurality and corporeality; “The Museum of Rhythm”—a segment of Taipei Biennial 2012; “Kunstvlaai: Festival of Independents”, 2012 edition (INexactly THIS); “There Was A Country Where They Were All Thieves” at Jeanine Hofland Contemporary Art; “Fluiten in het Donker” with de Appel Curatorial Programme 2010/11 at de Appel Boys’ School. She has taught on the Masters of Artistic Research (University of Amsterdam and Sandberg Institute) as well as the Studium Generale Programme at Gerrit Rietveld Academie. She has been guest editor of TAKE on Art Magazine, New Delhi (issue 5: Curation). Her writing has appeared in publications such as Afterall Online, Art Agenda, C Magazine, Manifesta Journal and Mint (The Wallstreet Journal), among others.

Vivian Ziherl (Brisbane/Amsterdam) is Curator at If I Can’t Dance, I Don’t Want to Be Part Of Your Revolution, an institution dedicated to exploring performance and performativity in contemporary art; as well as undertaking independent projects, research and writing. Recent projects include ‘StageIt!’ (2012-13)—a performance series co-curated with Hendrik Folkerts at the Stedelijk Museum Amsterdam; ‘Landings’ (2013-14)—a research project that seeks cross-over readings of land history, geomorphology, rurality and corporeality; ‘A Present In Print’ (2012) – a summer workshop, seminar and exhibition with If I Can’t Dance at the Copenhagen Contemporary Art Festival; and ‘Fluiten in het Donker’ with de Appel Curatorial Programme 2010/11 at de Appel Boys’ School. Vivian is editor of ‘The Lip Anthology’ co-published by Kunstverein Publications and MacMillan, and was founding contributing editor of Discipline Magazine (Melbourne). Her writing has appeared in periodicals including Frieze (London), LEAP Magazine (Beijing), Metropolis M (Amsterdam) and Eyeline (Brisbane) as well as the Journal of Art (Art Association of Australia and New Zealand). 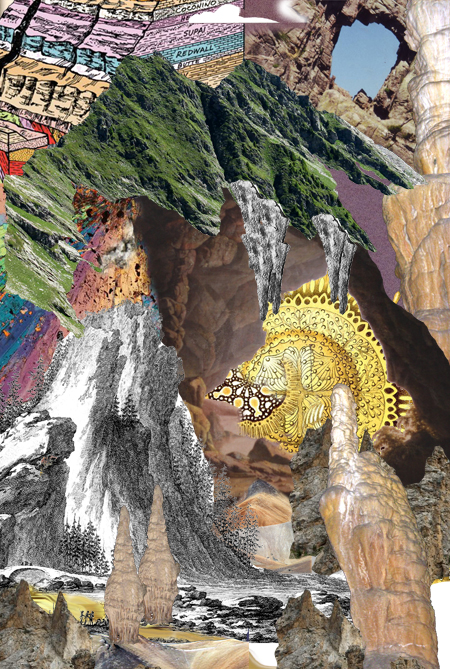