The term “China Syndrome” was used in the 1960s and 1970s to refer to a hypothetical nuclear meltdown in the United States that would burn all the way through the earth and reach the other side: China. Today this erroneous hypothesis lives on in the other direction. “On the other side” Post-Fukushima Japan now calls for our response to the invisible and immeasurable aftermath of the earthquake and following nuclear meltdown. It demands a new kind of earthly imaginary and a field of discourse beyond humanitarian appeal and anti-capitalist language. Japan Syndrome – Amsterdam Version brings together performative, anarcho-urbanist, feminist psychoanalytic, cinematic, sci-fi, self-organizing, archival, and electro musical perspectives into disasters that can no longer be categorized as either “natural” or “man-made.” Meshing discursive moments with mourning rituals and visions of possible futures, it attempts to open up a new imaginary landscape of the commons.

Japan Syndrome–Amsterdam Version is conceived in cooperation with Casco-Office for Art, Design and Theory in Utrecht, prior to the solo exhibition Japan Syndrome–Utrecht Version (27 April – 6 July 2013) of artist Tadasu Takamine whose work also offered the title of this one conference day. Organized by Binna Choi. Special thanks to: Marianna La Rosa Maruyama and Sanne Oorthuizen.

Binna Choi is director at Casco-Office for Art, Design and Theory, Utrecht, whereby she of critical, collaborative and cross-disciplinary aesthetic practices. She is a faculty member at the Dutch Art Institute, Arnhem; and is a co-founding member of Electric Palm Tree.

Bracha L. Ettinger is a Tel Aviv-based artist, psychoanalyst and theorist, whose practice interweaves these different professions into what she calls “art working”. She monographs about her work include: Art as Compassion edited by C. de Zegher and G. Pollock (Paper Kunsthalle & ASA Publishers), 2011. Recent publications include: ‘Communicaring: Reflexion around Hiroshima mon amour,’ in PostGender: Sexuality and Performativity in Japanese Culture, 2009.

Hope Step Japan team is a constellation of volunteers from various fields in the Netherlands, dedicated to thinking and acting in response to the earthquake of 11 platform for addressing the social complexities underlying the nuclear issues both in Japan and the world at large.

Sabu Kohso is a political and social critic, translator, scholar and a long-time activist been residing in New York City since the early 1980s. Kohso has published several books on struggle and urban space in Japan and Korea, and has translated books by Kojin Karatani and David Graeber. He is editor at Japan Fissures in the Planatary Apparatus: an online platform dedicated to the translating, quoting and analyzing of as the catastrophic situation emerging in Japan. Kohso co-founded the group Todos Somos

The Otolith Group is an artist collective founded by Anjalika Sagar and Kodwo Eshun Group’s. Their work is developed according to a shifting series of long-term research-based projects exploring the legacies and potentialities of proposals broadly informed cybernetics, and science fiction. For dOCUMENTA(13), the group directed the film The Radiant, which explores the aftermath of the Fukushima disaster.

Stefan Tcherepnin musical practice ranges from work with experimental/noise bands, to electro-acoustic free improvisation, and piano/chamber music. He is also a member of Grand Openings – a group of artists working in different disciplines, uniting performance, acting, singing, painting and critique. Hanna Törnudd is a Stockholm-based artist and chef. Tcherepnin and Törnudd are members of Green Tea Gallery, a mobile platform based on Fukushima, Japan.

Miya Yoshida is an independent curator and researcher, who published her PhD thesis on mobile telephony at Fine Arts at Malmö Art Academy / Lund University, Sweden. Recently, she has developed curatorial projects based on artistic research concerning issues of labour and amateurism. With the five-year long project at Heidelberger Kunstverein, Germany, Sharing as Caring – Presence for the Future, Yoshida introduced some significant artistic and social efforts operating in Post-Fukushima Japan. 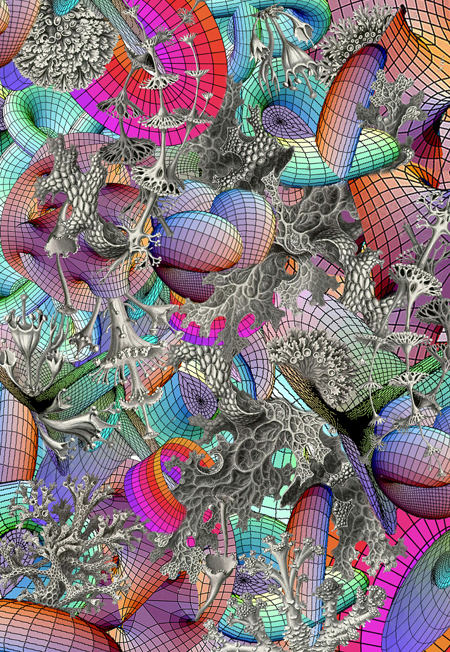