SPOKEN COLUMN: ARNISA ZEQO ‘I grew up in the hands of the gods’

As the names and images of nature and the universe change through the centuries, the years, and even the days, poets and artists have always wondered about the divine and magic concealed and revealed in plants, clouds and stars. The modern age however is identified by the loss of the gods, traditionally connected to the natural phenomena and by the fact that the world is now understood as a picture. How can we today relate to the older metaphysical and poetical reflections on nature?

Arnisa Zeqo studied art history and philosophy in Amsterdam and often experiments with exhibition making. In 2011 she co-founded the artspace rongwrong on the ground floor of her house.

Marking the recent release of the special issue of the international journal Third Text 120 (January 2013), guest-edited by TJ Demos on the subject of “Contemporary Art and the Politics of Ecology,” this presentation will offer an overview of the publication’s central concerns and will outline the various ways that “political ecology” has been approached in recent thought and in visual art and activist practices.

– Felix Guattari’s notion of the “transversal” intersection of the “three ecologies” of subjectivity, social relations, and environment;

– Actor Network Theory’s and Speculative Realism’s insisting on the invention of new forms of political assemblies that include human and non-human actors, and that recognize the mesh of the “intra-actional” and constitutive conditions of natural, cultural, and objective existence;

– Marxist critiques of the financialization of nature as part of the green capitalism of neoliberalism; and finally

– the postcolonial eco-activism of figures like Vandana Shiva that takes into account the stakes of indigenous communities of the global South, and the legacy of colonial relations, when addressing the differential and unequal geopolitical impacts of climate change.

Demos’ own research has been committed to thinking ecology in conjunction with the imperatives of social justice, the rights of humans and non-humans, in the context of postcolonial globalization and experimental contemporary art practices.

T.J. Demos is critic and Reader in the Department of Art History, University College London. He writes widely on modern and contemporary art and politics under globalization, and is the author, most recently, of The Migrant Image: The Art and Politics of Documentary During Global Crisis (Duke University Press, 2013), and Return to the Postcolony: Spectres of Colonialism in Contemporary Art (Sternberg, 2013). Demos was co-curator of Uneven Geographies: Art and Globalisation, at Nottingham Contemporary in 2010.

ARTIST CONTRIBUTION: SUBHANKAR BANERJEE ‘Who cares about the local?’

Subhankar will talk about the “local”—its importance, why we must engage with it, and why we must stay with it a while longer. With recent historical scholarship he will try to make a case that when we go quickly from local to global, two things happen—we create myths, and along the way we suppress justice. He will discuss photography’s role, if any, in all of these, with two recent essays he wrote, “Ought We Not to Establish ‘Access to Food’ As A Species Right?” in Third Text (January 2013), and “Photography’s Silence of (Non) Human Communities,” in the 18th Biennale Sydney catalog all our relations (2012). He will present examples from his ongoing engagement, since 2000, with the eco-cultural urgencies in the Arctic—painful impacts of expanding resource wars and climate change, on human and nonhuman communities, but also about resistance-against-destruction, and revitalization; and engagement with the desert of the American Southwest, a region where human and nonhuman communities are experiencing severe impacts of climate change—record breaking heat, droughts, wildfires, and massive forest deaths. With all that, he hopes to address Where Are We Going, Walt Whitman ?, and the idea of responding to a challenge.

Subhankar Banerjee is a photographer, writer and activist. He is editor of Arctic Voices: Resistance at the Tipping Point (2012). He was recently Director’s Visitor at the Institute for Advanced Study in Princeton, and Distinguished Visiting Professor of Art History and Music at Fordham University in New York. His photographs were shown at the 18th Biennale of Sydney: all our relations, and he received a 2012 Lannan Foundation Cultural Freedom Award. 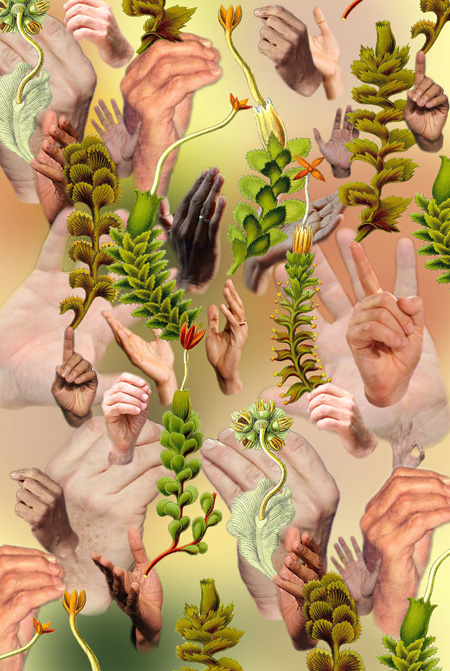