When the measure of progress is not in mega bites per second;  when things reach the end of their useable lives; when the state of nature turns out to be a state of grace; is the Revoluti-on or off?

Clare Butcher (Zimbabwe) is a curator and writer who cooks. She is currently teaching in Fine Arts at the Rietveld Academy and taking some time to think.

The Hortus Malabaricus is an archival document printed in Amsterdam between 1678-1693 and is the earliest comprehensive work on the flora of Malabar, illustrating around 740 indigenous plants whilst explaining their medicinal properties, with captions in 4 languages (Latin, Malayalam, Arabic, Konkani). Its spectacular, detailed renderings of Malabar plants made from copper engravings based on original watercolours are magnificently detailed. It is an illustrated botanical garden, a taxonomy of named plants, a medicinal bible or a translator’s dictionary or perhaps a work of art?

This compendium captures the world’s ecologies, imaging one of the most bio-diverse regions in the world, the state of Kerala in Southwest India. There, local medicine still makes use of the traditional knowledge contained in these pages and it is this ongoing usage that shows just how the pharmaceutical industry is not inventing new medicines with their patenting of plants, seeds and trees. This knowledge has been continuing for thousands of years and contemporary physicists and activists like Vandana Shiva demonstrate how these corporations gain control over our lives. This presentation will include images of past artistic exhibitions that draw on the contents and contemporary usage of the Hortus Malabaricus and a short interview with Vandana Shiva.

Renée Ridgway is an artist, free-lance curator, writer and educator based in Amsterdam, the Netherlands. Since completing her studies in fine art at the Rhode Island School of Design, (BFA) and Piet Zwart Institute (MA), she has exhibited widely in the Netherlands and internationally. Besides her work as a visual artist, Ridgway is co-initiator and contributor to n.e.w.s. (http://northeastwestsouth.net), a collective online platform for the analysis and development of art-related activities and curates the Roaming Academy at the DAI, a master’s curriculum that addresses the current context of art and its manifold economies.

KEY-NOTE LECTURE: ADRIAN IVAKHIV Living in the Age of the World Motion Picture: Toward an Ecosophy of the Moving Image

Philosopher Martin Heidegger characterized the modern world as the “age of the world picture,” an era when the world itself became conquered by humanity as a picture or representation set fully and clearly before our gaze.

In the 1960s, the first images of the Earth from space delivered a glimpse of a world picture that was global and ecological, but that also suggested humanity’s domination both of the earth (today) and of outer space (tomorrow).

Fifty years later, we have not colonized other planets, but we might speak instead of the “age of the world motion picture,” an era when our colonization extends both to imaginary planets (like Avatar‘s Pandora) and to our very psyches and souls, and where we see both our world and our selves in turbulent and uncontrollable motion – on screens around the globe.

The moving image has been with us just over a century, but over that time it seems the world itself has come to move faster and faster all around us. This talk will provide glimpses across that history, in its evolution from the first motion picture shorts to epics like Avatar (2009) and The Tree of Life (2011), and to the proliferating liveliness of YouTube and its many digital relatives. Like Charles Darwin’s image of nature as an ever branching bush, a “tangled bank” so “interesting to contemplate,” cinema’s branching bush continues to become ever more interesting to contemplate.

For cineaste and philosopher Gilles Deleuze, it was cinema that provided the greatest resource for reviving our lost “belief in this world.” How is cinema faring today, on the cusp of a digital era that heightens the speed of life in every direction – through the uncertainties of global hyper finance, the turbulence of cultural identity clashes and looming ecological collapses, and the rapid mutations of all manner of image, representation, spectacle and simulacrum?

Adrian Ivakhiv will argue that the metaphysics most adequate for grasping the liveliness of this world of the moving image is a  metaphysics of relational process – an aesthetics, ethics, and ecologics built on the insights of Charles S. Peirce, Alfred North Whitehead, and Gilles Deleuze.

Adrian Ivakhiv is Associate Professor of Environmental Thought and Culture at the University of Vermont. His writing spans a diverse range of environmental and cultural themes, with a focus on the affective dimensions of environmental perception, including the roles of visual media, technology, national and regional identity, and religious experience in conflicts over landscape, territory, place, and nature. His publications include Claiming Sacred Ground: Pilgrims and Politics at Glastonbury and Sedona (Indiana University Press, 2001), Ecologies of the Moving Image: Cinema, Affect, Nature (Wilfrid Laurier University Press, 2013), and the forthcoming Why Objects Fly Out the Window: A Process-Relational Manifesto-Thriller. He blogs at Immanence: Ecoculture, Geophilosophy, Mediapolitics. 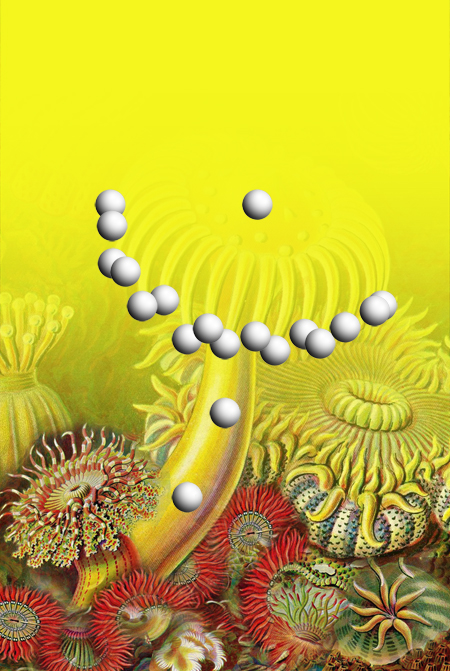