SPOKEN COLUMN: SIMON FERDINANDO
The Good the Bad and the Ugly: what’s so hot about being human anyway?

The rise and spread of the global digital network is both mirroring and defining social relations across this cute little planet of ours. But machines always produce ghosts… Is Bambi’s death the measure of Artaud’s terminal curses?

Simon Ferdinando is an Amsterdam based practicing artist and curator and MPhil/PhD researcher at Liverpool John Moores University where he is researching parallels and relationships between the interpretations and inspirations of the works of Vincent Van Gogh made by Antonin Artaud and Francis Bacon.

How art saves the world is an expanded art exhibition in the making. March 15, 2013 it will open at the Museum of Contemporary Art and Gemeentemuseum The Hague. Ine Gevers, artistic director of Yes Naturally, will elaborate on the notion of “ecology without nature” by theorist Timothy Morton, one of the keynote authors of the upcoming Yes Naturally publication (Nai010 Publishers). As part of her presentation Ine Gevers will also introduce two artists who will speak about their work and their contribution to Yes Naturally.

Tea Mäkipää is a Finnish artist, based in Germany. Her artworks, among which Atlantis, 2008 and EDEN II, 2011 have been featured in many prominent international art exhibitions around the world. Themes in Mäkipää’s work include consumerism, environmental issues, social-economic differences, as well as globalization’s disadvantages.

Sjaak Langenberg is an artist and essayist. He works together with designer Rosé de Beer on projects that take place mostly outside of the usual art context. They respond to issues current within the discourses surrounding, environmental planning, social relationships, identity abuse and falsification of history in architecture and city development. In 2012 Sjaak Langenberg and Rosé de Beer have been the Rietveld Research Residents (at the Rietveld Academie).

KEY NOTE: JOÃO FLORÊNCIO
Bodies That (Didn’t) Matter: Ecologies Of Art And Performance After The Anthropocene

On the 11th of March, 2011, at exactly 14:46 JST, the Pacific Coast of Tōhoku in the Northeast of Honshu, Japan, was hit by the 9.0 magnitude-strong Great East Japan Earthquake. What followed is widely known: a series of malfunctions and meltdowns eventually led to several hydrogen explosions at the Fukushima Daiichi Nuclear Power Plant, which eventually resulted in a mass discharge of radioactive material and in the biggest nuclear accident since Chernobyl.

Taking the Fukushima episode as the latest in a series of events that may serve, in the future, as geological markers of what chemist and Nobel prize winner Paul Crutzen famously named the Anthropocene, this lecture will consider the impact of the current ecological crisis in the ongoing project of Enlightenment and Modernity and, in particular, the ways in which a recognition of the Anthropocene forces us to rethink existing theories of art and performance

João Florêncio is a PhD candidate in Visual Cultures at Goldsmiths, University of London, where he is also responsible for leading the “Modernities” seminars and laboratories. He has been widely published across the world in books, academic journals, and exhibition catalogues, and has shown installation and performance works in several London galleries. 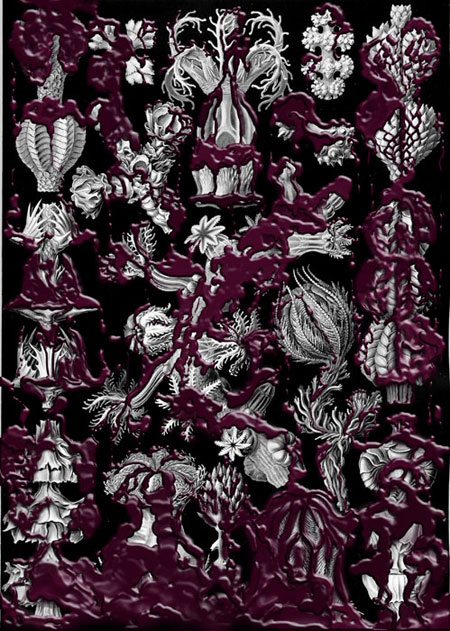